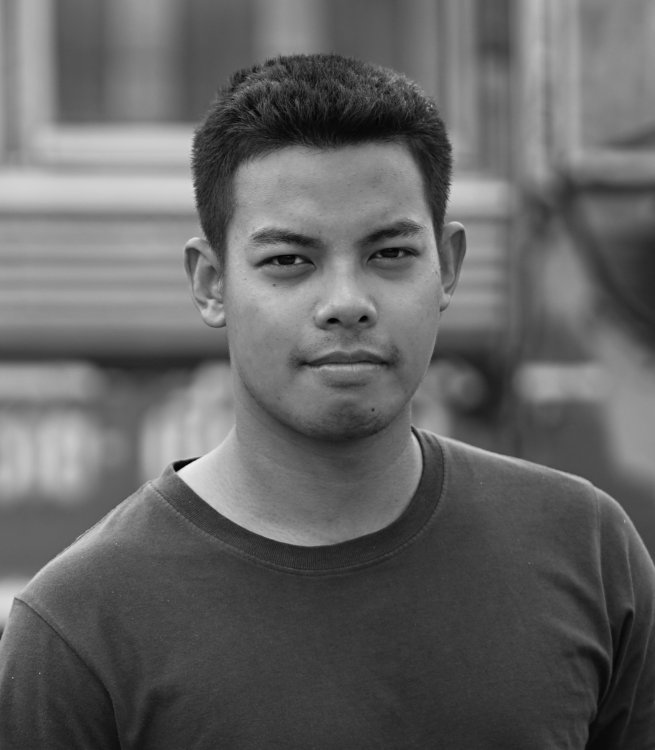 Tan Kositpipat completed secondary school in England and graduated with a bachelor's degree with honors in film from Kingston University. After returning to Thailand, he started working in the television and film industry for a while. Then he decided to apply for Thai military service in Chiang Rai Province and was discharged in 2017, after which he made a book, entitled “Tan Khun” that tells stories with images from his experience of being a soldier. Making this book was the starting point for his decision to become an independent artist. Even though he had never studied painting directly, he has drawn the experience of storyboard paintings and the concept of the film image to create a work of art in his own styles until today.

Kositpipat has a focus on natural and man-made social and environmental problems including modern technologies. In 2019, his solo exhibition Maya showcased over 50 paintings, all of which reflect a real relationship, but is hidden deep through the internet world nowadays. Moreover, in this exhibition, he has also created an opaque room, installed with 60 tablets to tell stories that reflect the relationship from friends in his online world.