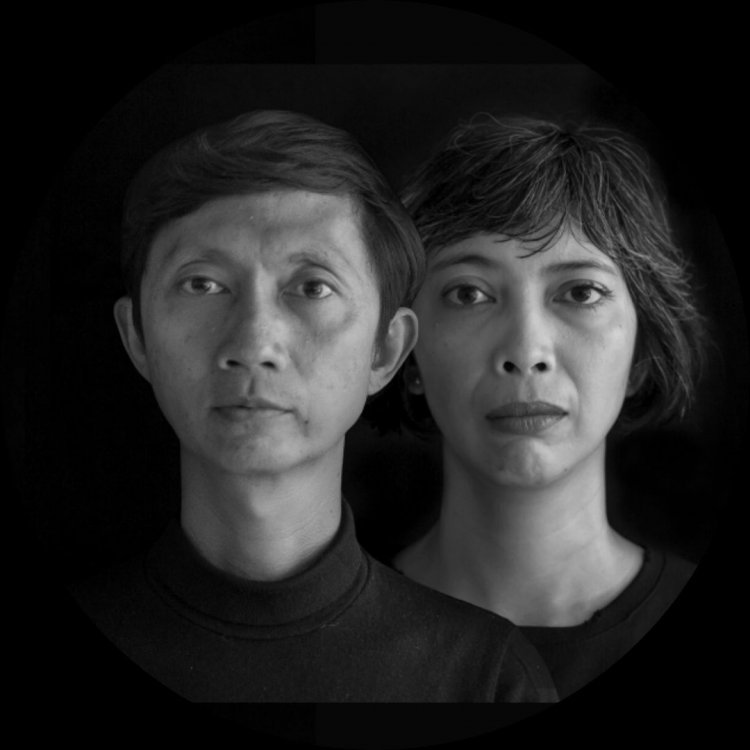 Irwan Ahmett and Tita Salina est. 2010, Jakarta, Indonesia Irwan Ahmett and Tita Salina are Jakarta based self-taught artists. They studied Graphic Design at Jakarta Institute of Arts, and their initial works focused on issues regarding urban public space. As vagabond cosmopolitans, not only did they participate in artist-in-residence programs all over the world, be it in Japan, New Zealand, The Netherlands, Poland or Indonesia, but they also participated in biennials and series of projects and exhibitions held in Singapore, Taiwan, Indonesia, Thailand, Australia, US, Japan, and European countries. They utilize their high mobility as the primary vehicle in their art practice. In 1001st Island: The most sustainable island in archipelago (2015-16), presented in BAB 2020, Tita Salina and local fishermen created an artificial floating island made of marine debris and litter. Salina’s lone figure on the raft/island defies land reclamation that causes waste and pollution in the ocean. In addition, Tita Salina and Irwan Ahmett trace the migratory maritime routes of sea gypsies and sea refugees in the Andaman Seas. Stereotyped as illegal and undesirable, ethnic groups of Morken, Morgan and Urak Lavoy, whose ancestors have lived on maritime routes for centuries, have long been abused and marginalized. Through their works, Ahmett and Salina reflect the struggle of these people. When eventually the rising sea levels engulf sinking cities like Jakarta, Bangkok, Manila, Singapore, Dhaka, and Tokyo, the sea gypsies guided by ancestral spirits will be the ones who survive.